In the world of rosin for bows there are two types of rosin–Light and Dark. Similar in pricing, what’s the difference between the two rosins? I’m so glad you asked. Let’s dive into that a little.

Rosin is, essentially, tree sap–it’s resin collected from pine and conifer trees that, when applied to the bow of an instrument, allow for friction between the bow and strings, which results in the vibration of the strings and sound. 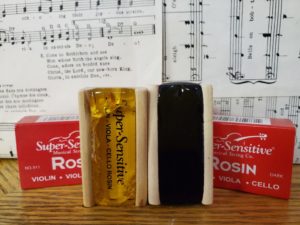 Light rosin is a denser and less sticky, which makes it better for warmer and hotter climates, like the southern United States.

Dark rosin is a less dense rosin, and much stickier than light rosin which makes is great for dry and cold climates like here in New Hampshire!

We would recommend dark rosin if you live up here, but either will work for your instrument. Next time you’re in the store, ask to try some of our sample rosin and feel the difference. 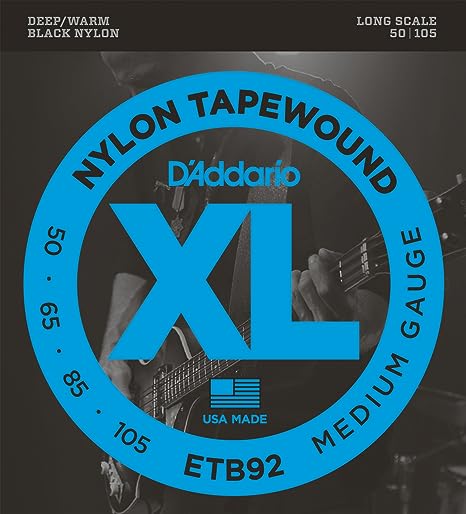 If you’ve ever looked into the different types of bass strings available to you, you might have come across tapewound bass strings. Maybe you knew what they were, but for those of us that dont, here’s some information.

A tapewound string, at its core, is the same as a regular wound bass string. The difference is that they have a thin layer of “tape” (nylon material) wrapped around them string. This usually produces a warmer, smoother, rounder, and softer tone on the bass guitar.

Some Artists Who Use D’Addario Tapewounds

To find out more about D’Addario’s tapewound strings, visit their awesome site by clicking here.

Customer dropped off beautiful old bass guitar, had some rewiring done in 1975!  Owner stated it was cutting out and sometimes had no signal.

Got the go ahead to rewire with new pots and output jack but save the switches and capacitor.

Got the new foil on and placed controls on the pick guard. 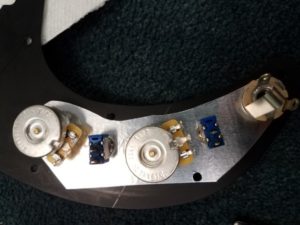 Got it all wired up.

Wired in pickups and all is well.

Got a question about the electronics in your guitar?  We can do most any electrical work on guitars.  Stop by and let’s take a look.